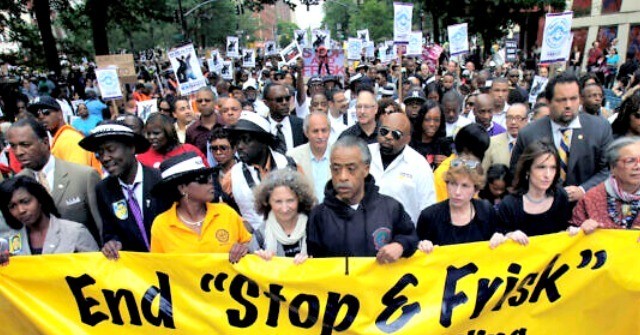 President Donald Trump said that Mayor Michael Bloomberg made the “stop and frisk” policy much worse for black New Yorkers.

“Honestly, if you were a black person in New York, you were stopped two times a day, three times a day, you couldn’t go to your house, they were stopping you every day,” Trump said. “What Bloomberg did to the back community was a disgrace.”

The president commented on the policy during a podcast interview with Geraldo Rivera.

Trump defended former Mayor Rudy Giuliani’s creation of the policy but said that the former mayor used it “sparingly and really brilliantly” and even “gingerly” to fight crime.

“Bloomberg came in and he multiplied it times ten,” he said. “If you were a black person walking down the street, you were going to be stopped and frisked under Bloomberg.”

“I would be very surprised if the black community can support him,” Trump said

Trump commented on “stop and frisk” after a tape of Bloomberg resurfaced Monday where the former mayor defended the policy that targeted black people.

The president reacted to the video by calling him a “total racist” on Twitter before later deleting the post.

Trump voiced support for stop and frisk policies in his 2016 presidential campaign, even suggesting it could be used nationwide to reduce murders.

“I would do stop-and-frisk. I think you have to,” he told a voter in 2016. “We did it in New York, it worked incredibly well, and you have to be proactive and, you know, you really help people sort of change their mind automatically.”