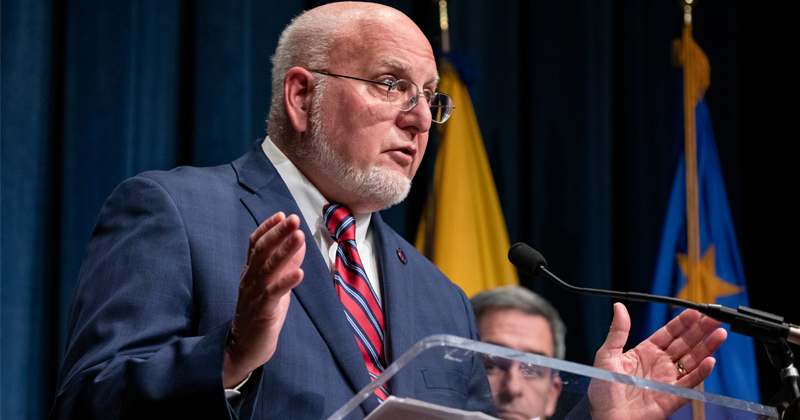 The extremely virulent coronavirus which is sweeping through China’s Hubei province like wildfire will eventually gain a foothold in the United States – becoming a ‘community virus’ this year or next, according to CDC Director Dr. Robert Redfield.

“We don’t know a lot about this virus,” Redfield told CNN’s Dr. Sanjay Gupta. “This virus is probably with us beyond this season, beyond this year, and I think eventually the virus will find a foothold and we will get community-based transmission.”

As of Thursday, 15 cases have been confirmed in seven states; eight in California, two in Illinois and one in Arizona, Washington, Massachusetts, Wisconsin and Texas, according to CNN.

Redfield says that while more research is needed, the CDC is focused on containment strategies to isolate and slow the progression of the novel coronavirus, buying time to develop a vaccine and antiviral drugs.

“The containment phase is really to give us more time. This virus will become a community virus at some point in time, this year or next year,” said Redfield. “We don’t have any evidence that this coronavirus is really embedded in the community at this time, but with that said, we want to intensify our surveillance so that we’re basing those conclusions based on data.”

The containment strategy refers to efforts to prevent widespread transmission of the coronavirus in the United States, including having people with confirmed cases stay in isolation and placing restrictions on travel between affected areas in the world. Such containment measures were used widely during the SARS global outbreak of 2003, during which 8,098 people worldwide became sick and of those, 774 died, according to the CDC. –CNN

While the World Health Organization has argued that travel restrictions on foreign nationals could backfire (on several industries?), the Trump administration has enacted travel restrictions which block foreign nationals who have visited China in the last 14 days from entering the United States. Anyone who has been to Hubei province within two weeks of their return will be subject to a mandatory 14-day quarantine.

WHO Director-General Tedros Ahanom Ghebreyesus opposed travel restrictions last week, saying “We reiterate our call to all countries not to impose restrictions that unnecessarily interfere with international travel and trade. Such restrictions can have the effect of increasing fear and stigma, with little public health benefit.”

So – According to Tedros, travel restrictions might lead to panic and racism.

“Frankly, some people criticized when we decided that we wanted to temporarily suspend travel into the United States from individuals who were not Americans or permanent residents who had been in the hot zone in the last 14 days. Some people didn’t think that that was what they would do,” Redfield told Gupta on Thursday.

Gupta then asked a very CNN question; “Obviously, Dr. Redfield, the virus doesn’t discriminate based on race. Why do we?”

Redfield, who didn’t take the bait, replied: “The issue here was first a strong commitment to take care of the Americans that are going to come back, whether they happen to potentially have this virus or not — and you saw that with the over 800 individuals that the State Department has repatriated and we’ve assisted in that.”

One of the more concerning aspects of the hyper-virulent coronavirus is that a person can transmit it to others while showing no symptoms.

“What I’ve learned in the last two weeks is that the spectrum of this illness is much broader than was originally presented. There’s much more asymptomatic illness,” he added. “A number of the confirmed cases that we confirmed actually just presented with a little sore throat.”

Meanwhile, CNN notes that while the outbreak has been affecting China since at least December, the CDC has not been invited into the country to help despite offering assistance six weeks ago.

“There’s a lot of information we don’t know — that’s why I offered to provide assistance, direct assistance, and send our CDC folks over there back on January 6 to really help them gather that information and also to help us see the information first hand that we need to help make the right public health recommendations for our nation,” said Redfield.

“That letter has not been responded to yet by the official Chinese government,” he added. “We do believe that we’re the best in the world in this space and we’re ready to help and assist them, but they’re an independent nation that has to make that decision that they’re going to invite us in.”

Bioweapons expert Dr. Francis A. Boyle exposes the real threat of the coronavirus on The Alex Jones Show.