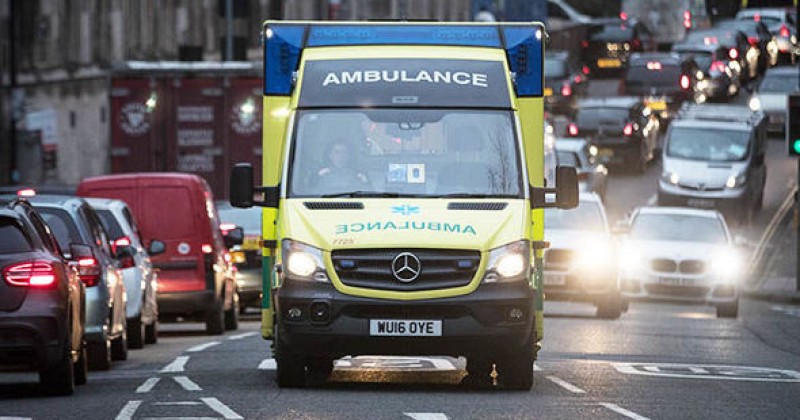 Patients deemed to be “racist” or “homophobic” will be denied care in NHS Trust hospitals under new rules set to take effect in April.

“Currently, staff can refuse to treat non-critical patients who are verbally aggressive or physically violent towards them,” reports Sky News. “But these protections will extend to any harassment, bullying or discrimination, including homophobic, sexist or racist remarks.”

Police will also be given new powers to prosecute “hate crimes” committed against NHS staff.

What is determined to be “racist” or “homophobic” is anyone’s guess, since many elderly patients will be totally unfamiliar with modern politically correct speech codes and could be deemed to have behaved in a racist or homophobic way even if they didn’t maliciously intend to.

Homophobic, sexist and racist patients could be barred from non-emergency care at NHS trusts, under new rules from April https://t.co/lTYHqBmME2

As Jack Montgomery highlights, “In late 2017 an NHS patient who requested a female nurse to carry out a cervical smear complained when the hospital sent a person with “an obviously male appearance… close-cropped hair, a male facial appearance and voice, large number of tattoos and facial stubble” who insisted “My gender is not male. I’m a transsexual.”

The line between critical and non-critcal care is also up for debate. Will refusal to treat a patient because they said something someone deems offensive result in accidental deaths?

This is even worse than China’s social credit score, which hasn’t yet gone so far as to punish people by withdrawing medical treatment if they engage in wrongthink.

It’s also important to emphasize that these changes are coming in under a supposedly “conservative” government.

“This is going to be hilarious when a boomer is denied his double bypass cause he called someone coloured on Facebook,” remarked one.

This is going to be hilarious when a boomer is denied his double bypass cause he called someone coloured on Facebook https://t.co/id7hxtJ0eI

“Don’t get sick in the UK if you’ve ever posted “Grooming gang” statistics,” commented another.

Don’t get sick in the UK if you’ve ever posted “Grooming gang” statistics. https://t.co/20QHTiAlJK

My voice is being silenced by free speech-hating Silicon Valley behemoths who want me disappeared forever. It is CRUCIAL that you support me.

Please sign up for the free newsletter here. Donate to me on SubscribeStar here.

Also, support your body by getting all the vitamins and minerals you need with the Ultra 12 and Vitamin Mineral Fusion Combo Pack now at 50% off!